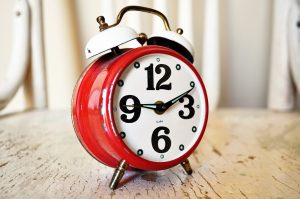 Those were the two words that I heard very strongly through a presentation at the World Federation Against Drugs conference in Gothenburg, Sweden in May. As I sat there in the conference hall I began to pray about what God might be saying to me specifically through this message to “Act. Now”. Before the end of the day God had made it very clear exactly what it was that he wanted me to do regarding a new ministry for an addictions and recovery organisations that I lead. Within two days I had made some considerable progress in setting the parameters for what we should be doing. It was something that for quite a while I had been saying “Wouldn’t it be nice if we could…”, but through the words of the speaker at the conference, which resonated strongly with my situation, I knew that God was saying that the time is now.

In thinking about this more, I was reminded of the time in the Bible when Jesus asked the disciples to feed lots of people. The disciples realised that the people were hungry, and suggested that they should be sent away. However Jesus replied, “They do not need to go away. You give them something to eat.” Act. Now. “We have here only five loaves of bread and two fish,” they replied. As we know, this was enough.

My encouragement to each one of us is this:
• Is there anything that Jesus is asking us to do right now? In our project, or in our own lives? Act. Now.
• What can we do with what we have already got? Act. Now.

This post comes from Treflyn-Lloyd Roberts, ISAAC General Secretary. Treflyn is based in the UK, and in combination with his role at ISAAC, leads a Christian rehabilitation center for men called Yeldall Manor.